By continuing to use our site, you consent to the processing of cookies, user data (location information, type and version of the OS, the type and version of the browser, the type of device and the resolution of its screen, the source of where the user came from, from which site or for what advertisement, language OS and Browser, which pages are opened and to which buttons the user presses, ip-address) for the purpose of site functioning, retargeting and statistical surveys and reviews.

Languages Canada is pleased to announce the Hon. Lena Metlege Diab, KC, Member of Parliament for Halifax West, as special speaker for the Languages Canada 16th Annual Conference Closing Reception on Friday, February 24, 2023, 6:30 p.m., at the Canadian Museum of Immigration at Pier 21 in Halifax.

Prior to representing Halifax West in Parliament, Lena Diab served as Nova Scotia’s Minister of Immigration, Minister of Acadian Affairs and Francophonie, and Minister of Labour and Advanced Education. 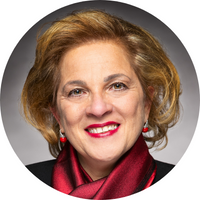 “Learning a new language is a gift, an investment, and a window to endless possibilities. I can’t wait to join Canada’s network of professional language educators for this year’s Languages Canada conference. There couldn’t be a more important time for your sector to gather and chart your course forward, and no better place to do it than here in Halifax.”

The Languages Canada 16th Annual Conference takes place February 22-25 at the Westin Nova Scotian, in the heart of the Halifax Seaport District, with the closing reception to be held at the Canadian Museum of Immigration at Pier 21 on the evening of Friday, February 24.

The Conference is the association’s flagship event, a meeting place for members and other Canadian and international education partners and stakeholders to reconnect, share, learn, and collaborate. In accordance with the theme of this year’s event, Community, Coast to Coast, the conference program will focus on building a sense of community within the association’s membership – English and French, public and private, universities, colleges and language schools – as well as solidifying the sector’s partnerships with key players in the international education industry and highlighting the importance of language and integration in addressing Canada's immigration and labour objectives.

Click here to learn more or to register for the Languages Canada 16th Annual Conference.